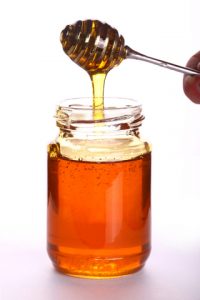 King Solomon may not have resided in the city of Nazareth, but he was quite familiar with Israeli honey like that sold by Nazareth Secret.

The book of Proverbs uses honey as metaphor several times, and each instance reveals a little something about honey’s unique properties. Let’s take a look at what King Solomon said about the secret of Nazareth.
In Proverbs 14:14, Solomon wrote, “Know also that wisdom is like honey for you: If you find it, there is a future hope for you, and your hope will not be cut off.”

Why did he compare wisdom to honey? Solomon understood that honey is valuable and nourishing, and by likening wisdom to it, he demonstrated that he considered it to be of great worth and benefit.
What Solomon knew thousands of years ago is still true of Israeli honey from hills outside the city of Nazareth.

Honey has numerous benefits, ranging from its ability to moisturize skin and clear blemishes to the fact that it’s an excellent energy booster.
Solomon specifically mentioned honey’s health benefits in Proverbs 16:24: “Gracious words are a honeycomb, sweet to the soul and healing to the bones.”

Israeli honey is both sweet to the tongue and to the body! In addition to its appealing flavor, it possesses healing properties: it’s a natural antiseptic, it’s high in antioxidants and it can help to soothe a sore throat.
Of course, one of the most obvious benefits of honey is that it tastes good! Solomon acknowledged this in Proverbs 24:13: “Eat honey, my son, for it is good; honey from the comb is sweet to your taste.”

Honey from the hills outside the city of Nazareth has a mild flavor like no other; it’s produced from the nectar of the starthistle, a flower that grows there.
Honey isn’t the only sweet substance to come from the hills of Nazareth, however. Dates syrup, known as Silan in Israel, is also a versatile sweetener, and can be used in everything from coffee to baked goods. Like honey, Silan is rich in antioxidants, a great source of energy and has been enjoyed since Solomon’s time! And, it’s believed that sometimes, when King Solomon mentioned honey, he was actually referring to “fruit honey” such as dates syrup.
Whether he was referring to honey or to dates syrup, King Solomon clearly understood the secret of Nazareth. Both of these sweet substances from the Nazareth were of great worth and benefit—just as they are today.